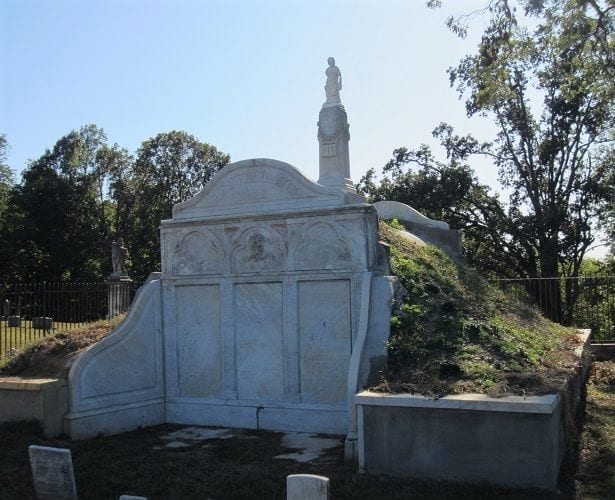 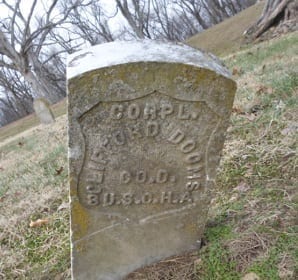 Cemetery Location: The cemetery is located at the top of Level Street and Cemetery Road in Smithland, KY.

About the Tour: This Booklet takes you on a self-guided Walking/Driving tour of the Historic Smithland Cemetery. The booklet features a map of the cemetery and a short biography of the persons whose graves are featured on the tour. This circa 1810 cemetery provides visitors with a glimpse of the rich history of the early settlers of Livingston County.

Added Notes: The cemetery adjoins Fort Star, one of two forts that comprised the Fort Smith emplacements. The photo on the tour guide shows the view that the Union gunners would have had of the Ohio and Cumberland rivers, with the exception, of course, of 159 years of tree growth.